When Tomi Robb decided to attend college, she wasn’t sure she wanted to move across the state to attend the University of Tennessee.

Her home was in Gallatin. She was the youngest child of five, the only girl in the family and the first who would attend college.

A variety of circumstances led her across the state to Knoxville 20 years ago.

She earned a bachelor’s degree in political science then worked several years with a mortgage company before she began considering attending law school. She will graduate this week from the College of Law along with 120 of her peers.

“When I started thinking about going back to school, I called my mom and told her I was going to take the [Law School Admissions Test] and apply to UT,” Robb said.

“I didn’t know how it would all work out ... but it was clear that God was opening a door.”

“I was way behind in applying, I wasn’t sure how I’d come up with the money, and I planned to go nights and weekends and keep my full-time job.”

When Robb learned the course curriculum would require her to become a full-time student, she said she began praying.

“I didn’t know how it would all work out,” she said. “But it was clear that God was opening a door.”

Robb’s now 20-year history in Knoxville has made her law school experience truly unique. She’s older than her peers with more extensive life experience than most. And her vocal talents have led her to experiences singing in churches and with local theater groups, even performing regularly with the East Tennessee-based band The Dirty Guv’nuhs. 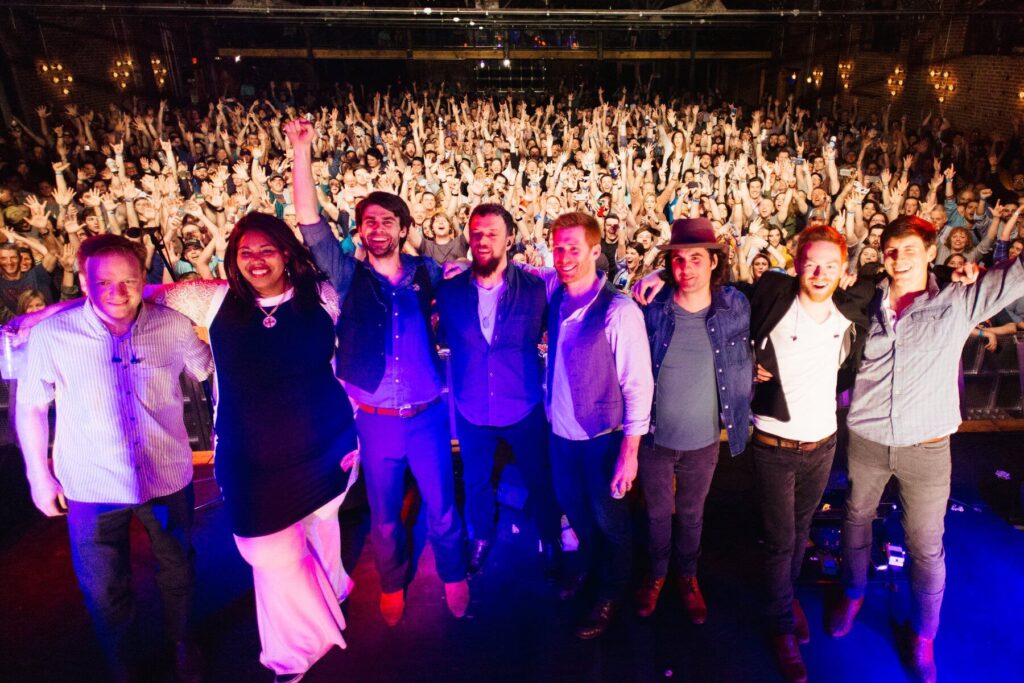 Through the Christian arts ministry KnoxCAM, Robb has ministered to those in prisons throughout the state of Tennessee. She, along with a group of nearly 120 other Knoxville-area volunteers, have traveled on weekends throughout the spring months to perform for those who often never see visitors from outside the prison.

Likewise, she’s found people throughout the city who need someone to advocate for them.

“There are so many areas of Knoxville with such an incredible amount of need,” Robb said. “Each section is so cut off from the next that some who live in West Knoxville have no idea what the needs are in East Knoxville. Once I began to understand that about the community, I decided I needed to find a way to build bridges.”

Because of those ties to the community, Robb has played a key role this semester helping the College of Law Legal Clinic gather information from marginalized groups of Knoxville residents. Robb led important interviews for the clinic’s Racial Justice Project that aims to improve how the clinic selects and serves its clients.

“Tomi’s life experiences and her connections helped us open doors to conversations that I don’t think would have been possible to have without her,” Legal Clinic Director Joy Radice said. “She knew things that were happening in the community and how people were being affected at the time they were being affected.”

“Tomi is a brilliant human, and so so smart,” Radice said.

Perhaps not surprisingly, Robb plans to use her law degree to work in advocacy. She said she was particularly inspired during her first year of classes by former Knox County Public Defender Mark Stephens.

He told students about a moment of realization he had while working with a client who stole the purses of older women each month just after they had cashed their pension checks. Stephens said that without employing a holistic defense approach and addressing the offender’s issues related to poverty, the pattern would likely continue.

"Tomi is a brilliant human and so smart.”

“At that moment that I knew I wanted to go to work for him,” Robb said.

Two years later, Robb has a job as a law clerk in the Knox County Public Defender’s Office researching cases, reviewing case documents, drafting motions and profiling jury pools. The work is helping her find focus for what she wants to do after she graduates.

“Some laws in Tennessee need to be repealed, but some just need to be written better,” she said.

“I met a guy here who does a lot of work helping those who are convicted reenter society,” she said. “He’s a millionaire. He can buy and build an apartment complex, but he wouldn’t be able to rent an apartment in that same building because he has a criminal history.

“We have to try to make legislators understand that some of the laws in Tennessee are making it impossible for people to reenter society after they get out of prison,” she said.

If anyone can make an impact through advocacy and criminal justice, KnoxCAM Director Jill Lagerberg says Robb is that person. Through their work together in prison ministry, Lagerberg has witnessed Robb’s ability to relate to those in need of assistance.

“She connects with people in a really amazing way,” Lagerberg said. “She has such a heart for the community and for prisoners because she wants to see them have a second chance.

“She has a wisdom beyond her years and thinks very deeply about issues,” Lagerberg said.

Robb said her desire to serve community groups, perform in prisons and defend clients in criminal cases is fueled by the same motive. She wants people to have the opportunity to be restored.

“No one is beyond redemption. The overarching theme of Christianity is redemption,” Robb said. “All the heroes of the Bible are people who were tremendously broken.”